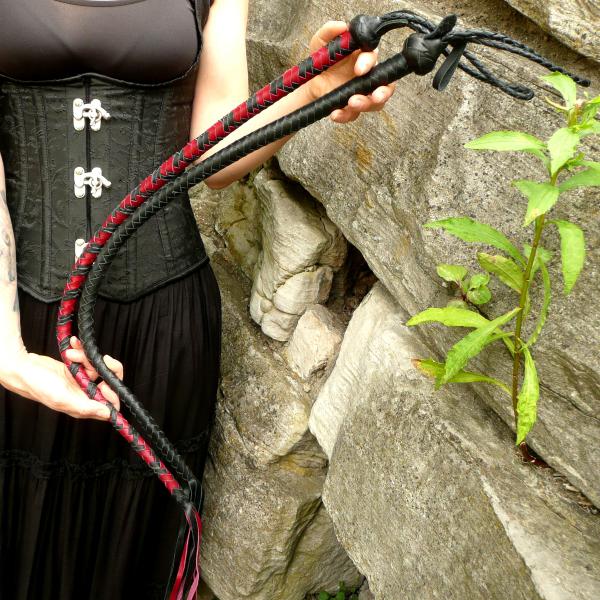 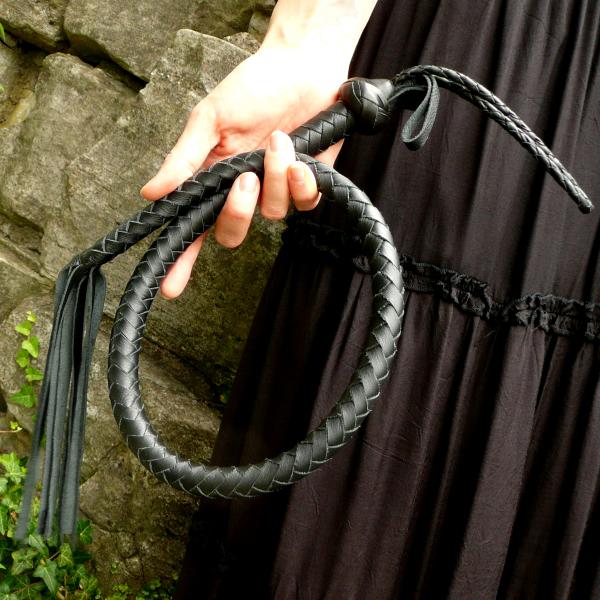 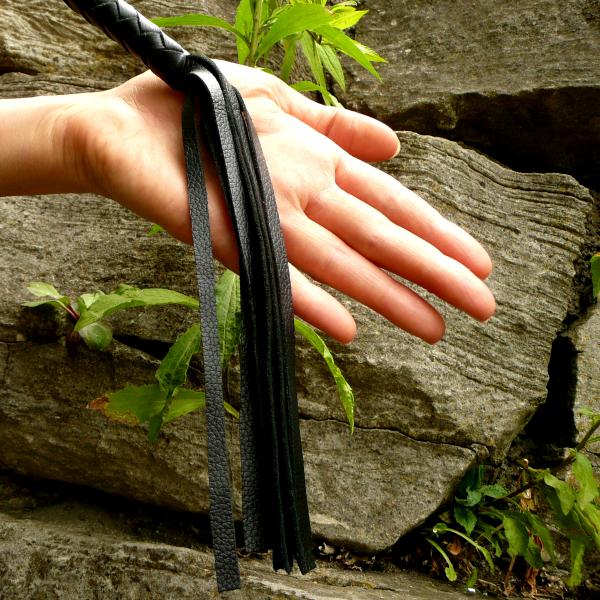 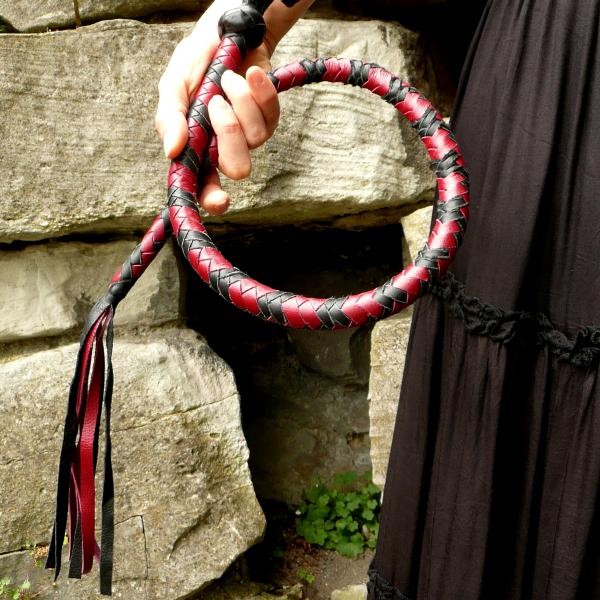 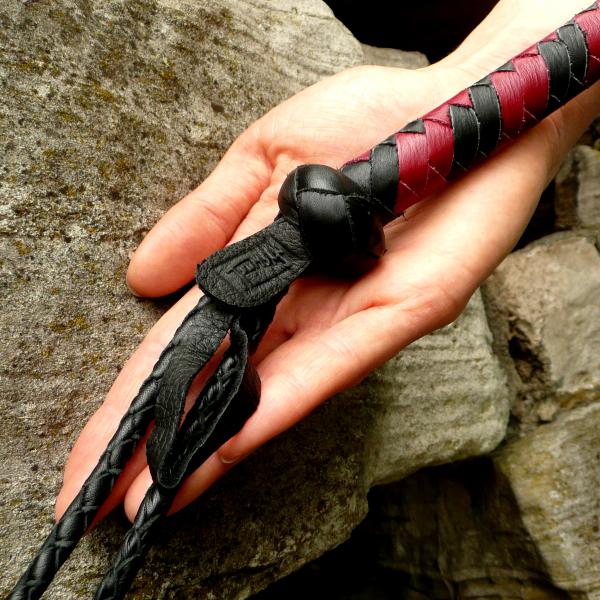 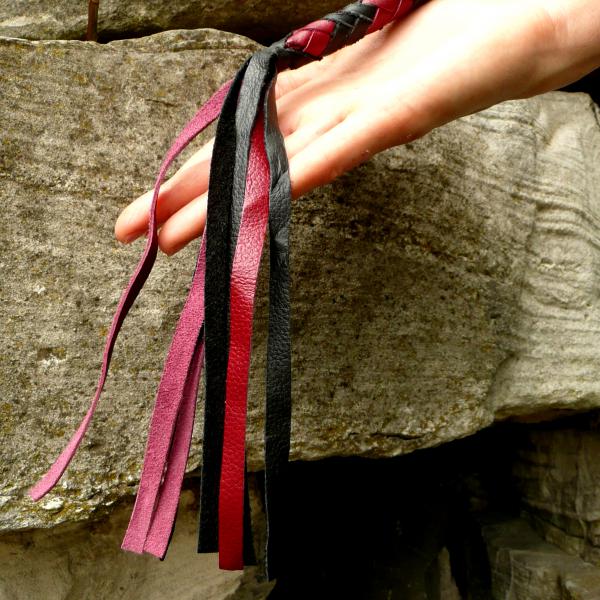 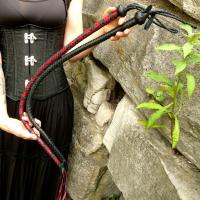 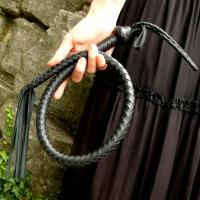 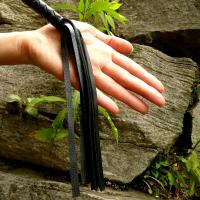 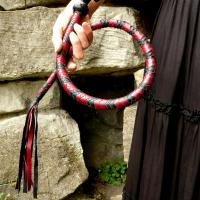 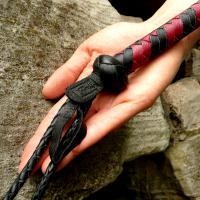 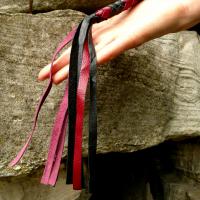 Please inform me as soon as the product is available again.
€49.00 *

For a notification via email when an article is available again, click on the desired variant.
Description
Description
Slim single tail with short, solid handle and eight flogger ends, made from soft Nappa... more
Close menu

Esmeralda is also - or especially suitable for extensive sessions, which are not too fierce.
This single tail is characterized by it's special flexibility, which on one hand requires some practice, on the other it leads to a simple flip, if struck from a short distance. The pain caused is significantly less severe than using the same technique with a single tail with cracker, thanks to the soft flogger ends. It's effect should still not be underestimated, when implemented with force.
If Esmeralda is driven from a sufficiently long distance, only the flogger terminations hit the target and cause a slightly sharp, but generally well tolerable pain.
On this view Esmeralda is also suitable for 'single tail beginners', as the soft ends, consisting of a length of almost 20 centimetres, spread the force of the strike and forgive those which don't precisely hit the target.

The handle appears rather slender with a diameter of only 20 millimetres.
The additional hand loop and the turban-shaped end ensure a secure hold.

Made from cow Nappa leather