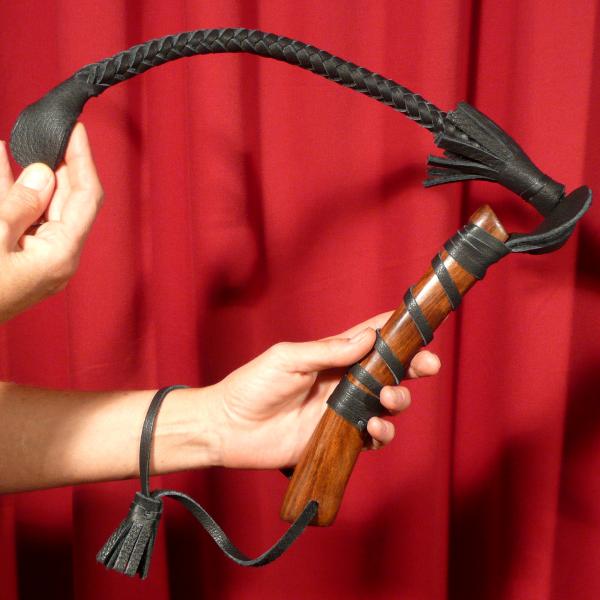 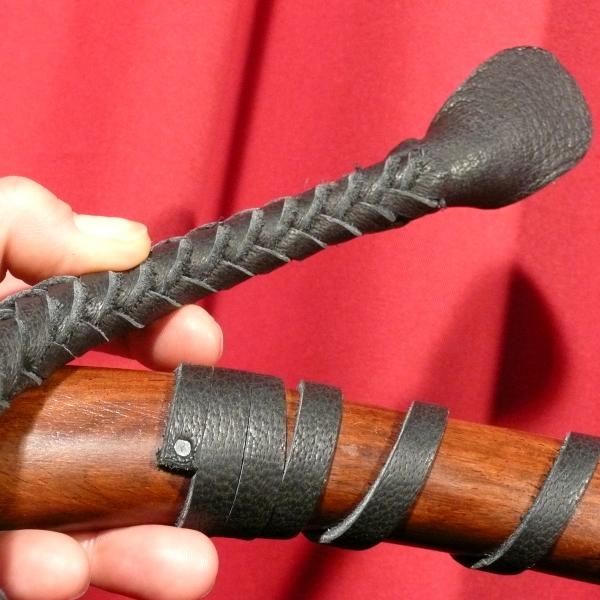 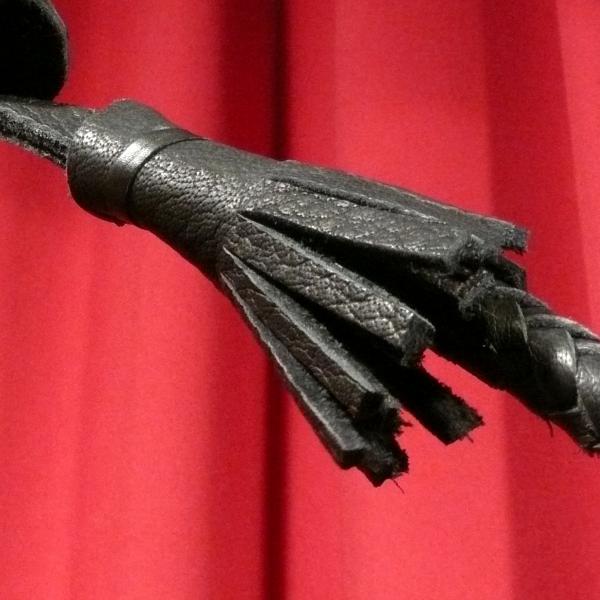 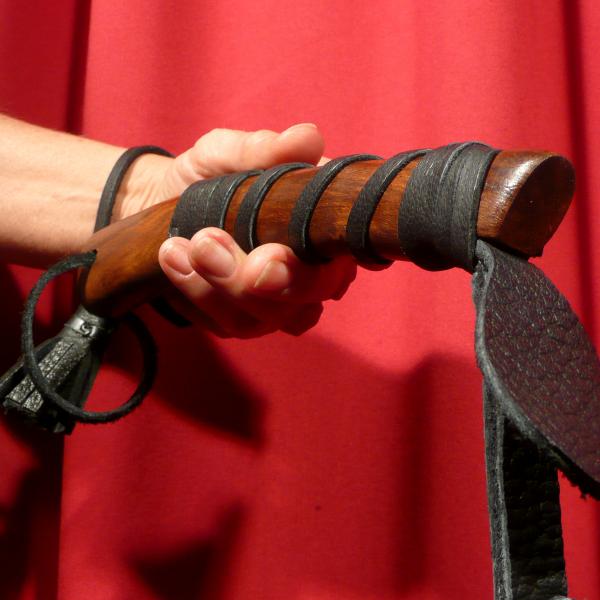 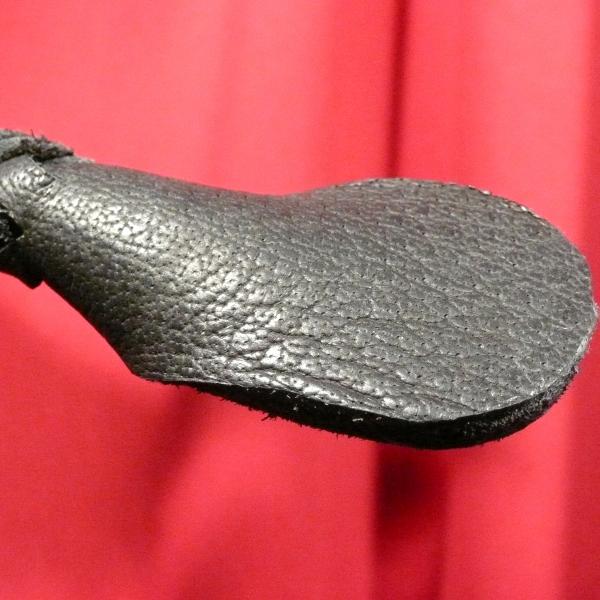 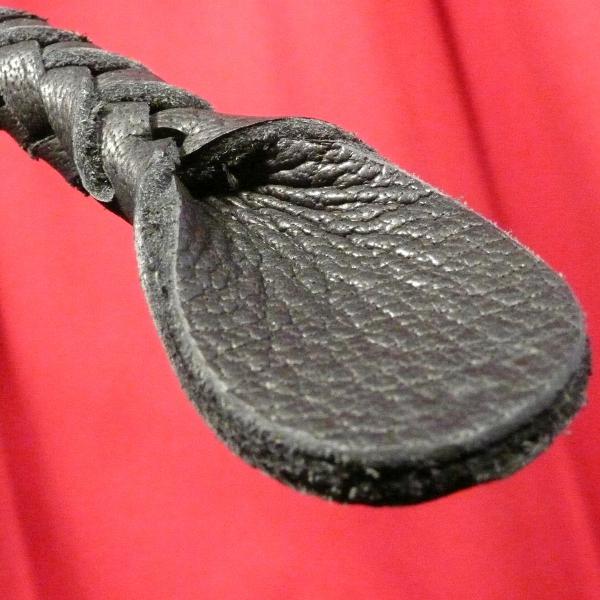 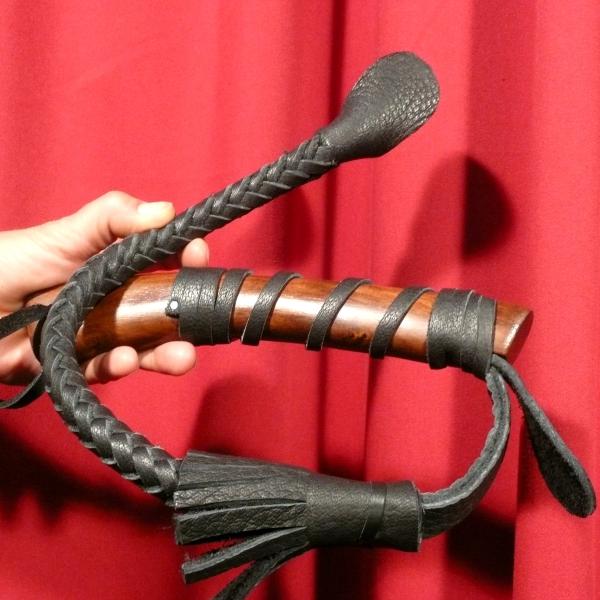 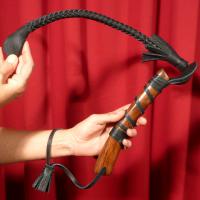 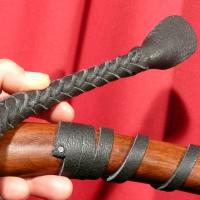 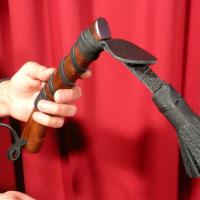 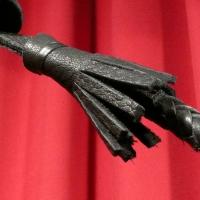 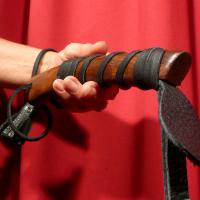 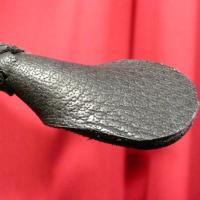 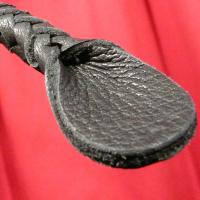 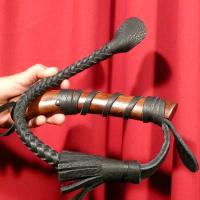 For a notification via email when an article is available again, click on the desired variant.
Description
Description
The Nagaika is originally a historical Cossack riding whip, which was available in many... more
Close menu

The Nagaika is originally a historical Cossack riding whip, which was available in many different styles. Typical is the thick swat at the tip, which transgresses from a slight curve into a braid.

The Cossacks also used to deploy these whips mercilessly against people who got in their way. But it wasn't until later in Russia of the Czars that this whip finally achieved it's dubious fame. There it was used as a punishment instrument against thralls and convicts. For this purpose lead balls were sewn into the swat, so that punishment with a Nagaika would almost always result in heavy injuries.

Our Nagaika is of course not as fierce, but its elegant appearance should not disguise its effect. It is braided from almost 3 millimetre thick buffallo leather, which is worked in a double layer at the swat, so that even lighter strikes leave distinct marks.

The Nagaika is relatively easy to handle, but does certainly not belong in the hands of beginners!
Once felt it, it will always be treated with the greatest respect.